The world of racing, just like all other sports and just about everything else, has been impacted seriously by the Coronavirus pandemic.  The postponement and outright cancellation of major events, to include Formula One Grands Prix and the Indianapolis 500, are stark evidence of the disruption caused by Covid-19.  But cancellation of major racing events, while rare, is not unprecedented.

World War II, of course, put racing as a whole “on pause.”  In the years since, additional outside forces have on numerous occasions caused the best-laid plans or racing organizers to go awry.

In October 1973, the Arab majority of OPEC (the Organization of the Petroleum Exporting Countries) along with Egypt and Syria made significant production cuts and imposed an oil embargo against the United States and other countries that had supported Israel in the Yom Kippur War.  What became commonly referred to as the “gas shortage” created long lines at gas stations and put a serious crimp in racing.  The Daytona 500 was cut to 450 miles, and the annual series of indoor races in Atlantic City’s Convention Hall was cancelled entirely. 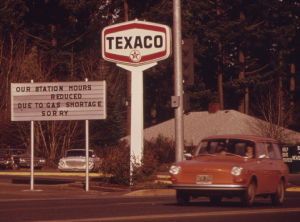 Races Cancelled but Partying Goes On

Due to the fuel situation, in March of 1974, the decision was made to cancel the annual 12 Hours of Sebring, an event held since 1952 at Sebring International Raceway.  The race track, on the site of the former Hendricks Army Airfield World War II airbase in Sebring, Florida, was by then a significant party destination since the race date tended to coincide with collegiate “Spring break.” The cancellation of the 1974 race had a remarkably small effect on attendance.  Thousands of partygoers showed up anyway!  While the usual smells of exhaust fumes and tire smoke were absent, an aromatic blend of bonfire smoke and Acapulco Gold still filled the air. 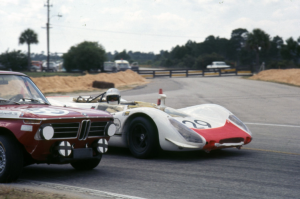 On the original 1974 schedule for IMSA (the  International Motor Sports Association), the annual Sebring 12-Hours had already been pared to a distance of 1,200 kilometers because of the fuel crisis.  Only after further study of the environmental impact of petrol usage locally was it decided to scrub the race entirely that year.  Still, the yearly throngs of infield gatherers partied for their usual three days.  Most of them did not appear to care that the race was cancelled.

Track Comes Apart and so does the Schedule

Fast-forward a decade, and in the Spring of 1985 the daunting 4.35-mile Spa-Francorchamps circuit, home of the Belgian Grand Prix, was re-paved. The intended benefit of the application of a “Stress Absorbing Membrane Interlayer” was to increase surface traction when wet.  At the end of May, the Formula One teams, drivers, support personnel, journalists, and tens of thousands of fans from multiple countries arrived at Spa for the Grand Prix. From the first practice session, the new surface de-laminated due to lateral stress, exacerbated by wide slick tires, the turbocharged F1 engines of the day, and excessive heat.

After overnight repairs, the same surface degradation reoccurred, resulting in total postponement of the entire event until September. This caused a domino-effect shift in the late-season schedule to make room for the new September date.  It also caused heartache and economic loss for those who traveled vast distances individually and with racing tour groups from all over the world.

In May of 1998, rioting broke out in the capital city of Medan, Indonesia, as well as the cities of Jakarta, and Surakarta. Angered by a collapsing economy and political corruption, rioters took to the streets after the killing of four student demonstrators in Jakarta.  Rioting and looting damaged or destroyed thousands of buildings and more than 1,000 people were killed. 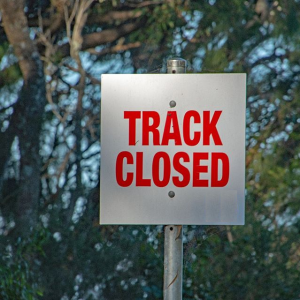 Throughout the current pandemic, pundits and newsreaders have been using the word “unprecedented,” but there is really little that is unprecedented about it.  The 1918 “Spanish flu” pandemic saw significant economic damage, and widespread mask-wearing as a preventative measure. The polio outbreak of the late 1940s and early 1950s necessitated the need to maintain an appropriate “social distance.”  While the current virus itself may be new, the urgent need to protect ourselves while a vaccine is sought is not.  History, whether that of epidemiology or just motorsports, tends to repeat itself.

Our thanks to colleague Jim Schanz for historical information in this story.