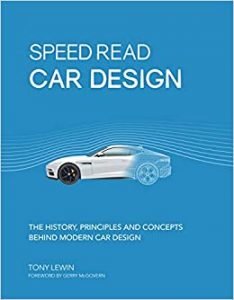 There is a line in the film Devil Wears Prada that Meryl Streep delivers with the jagged edges of nails sharpened so fine you’d never even realized you’d been stabbed.

“’This… stuff’? Oh. Okay. I see. You think this has nothing to do with you,” she says, of the garment closet at the headquarters of what is actually Vogue but not Vogue in the movie.

“You go to your closet and you select… I don’t know… that lumpy blue sweater, for instance, because you’re trying to tell the world that you take yourself too seriously to care about what you put on your back. But what you don’t know is that that sweater is not just blue, it’s not turquoise. It’s not lapis. It’s actually cerulean. And you’re also blithely unaware of the fact that in 2002, Oscar de la Renta did a collection of cerulean gowns. And then I think it was Yves Saint Laurent… wasn’t it who showed cerulean military jackets?

“And then cerulean quickly showed up in the collections of eight different designers. And then it, uh, filtered down through the department stores and then trickled on down into some tragic Casual Corner where you, no doubt, fished it out of some clearance bin. However, that blue represents millions of dollars and countless jobs and it’s sort of comical how you think that you’ve made a choice that exempts you from the fashion industry when, in fact, you’re wearing the sweater that was selected for you by the people in this room from a pile of stuff.”

Speed Read: Car Design by Tony Lewin takes that idea, applies it to the infinitely creative side of the automotive industry and unravels it into smaller, bite-sized pieces so the reader understands that, not only is car design influential, but it is at the basis of both the past and the future of the entire car world.

Lewin may not sound quite as bitchy as Miranda Priestly, the not-Anna-Wintour character from Devil Wears Prada, but he certainly sounds as knowledgeable. From the very earliest days of the automotive industry, the stark, all-black Model Ts, to the emergence of a new species of modern, sleek, alternative energy design, this book delves into the context, the innovation and the global environment that allowed for cars to look as they did at the times they did. It offers insight into why some of those cars were remarkably successful and why others were not, and it captures the madness of an industry both expertly designed down to the smallest bolt and borne of the creative minds of fanciful Italian dreamers with too much fresh air and vino running through their veins.

“The moral is clear,” Lewin writes. “Creativity is the lifeblood of the car business, but innovation must be carefully prepared to have a chance of success.” And what does success look like, he asks, returning to the early days of form-over-function machines, then onto the jazz age of the 1920s and 1930s, where opulence and new money reigned, to the austere years of war, to the renaissance of design in the late 1950s. Without a doubt, this book leaves the reader understanding that if a butterfly flaps its wings on the roof of a Model T, then there will be a hurricane in the interior of a BMW i8.

For lack of a better analogy, nothing in the car industry happens in a bubble, most especially not design.

It seems obvious to those of us who have studied the way pony cars led to muscle cars, the way hot rods led to tuners, but it goes far beyond the surface level. Cars are both witness to and creator of the future, telling the story of the austerity measures of wartime cars, of the suburban sprawl of minivans, of the resistance of SUVs and crossovers. It asks why the Tucker and the Javelin couldn’t survive when the madness of the 1959 Eldorado Biarritz stuck the landing. It makes us wonder what happened in history so that the cars today look the way they do, and what is happening right now to influence the machines of the future?

Lewin does an expert job finding the balance of education and entertainment. There is no way around the idea that car design is romance and wanderlust and beauty and fashion. It is style and marketing and brand. And he not only allows for that fanciful talk in his pages but embraces it.

In fact, to overplay the intersection between the automotive world and the fashion one, he references Coco Chanel in the idea that fashion is that which goes out of fashion – but style…

This book has that style, asks those questions and tells the reader more than they thought they needed to understand about the classic car world. As someone who has long become overexcited when asked the question so what do you like about cars, this book offered insight and concrete evidence to explain how this witness and influencer of history, energy, politics, business, and design is far more fundamental to our current world than anyone might think.

I am a massive fan of the titles in this Speed Read series. I think they take an overwhelming industry and break it down into manageable bites, crafted by experts. Does it cover all of design over the 130 years of cars? No. But it gives the reader the tools they need to seek out the information they want and it opens a new world of understanding into the relationship between form and function, the way cars are designed from the bottom up and the role new technology plays in the classic car design process.

He makes it even clearer for those still struggling with the idea that “I like the red one!” is a valid and historically influential thing to say at a car event.

“Designers no longer simply determine what the product will look like: they come up with new ideas for how it can be used too.”

We are, in short, quite literally drawing up our future. If that scares you just a little, check out this book. You’ll feel much better for it.

Click on the cover to read other Speed Read title reviews 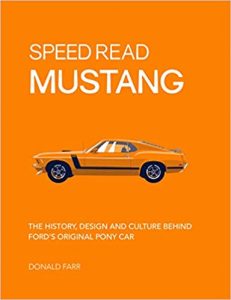 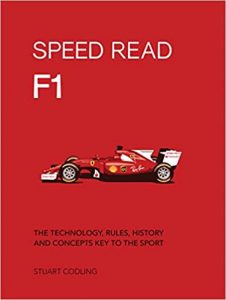