Predictions for the 2018 Car Show Season

The classic car hobby is in a bit of a flux. As modern cars edge back into future-classics territory and the tried and true Chevys and Chevelles populate hot parking lots with less frequency, we are asked to look at where the hobby has come and where it might be going in the future. For most of us, the car show season is just beginning, and I’d like to make a few predictions about what we’re going see at auto events this year.

In the past, I’ve spoken of the importance of hot rod culture, the Sailor Jerry and Race of Gentlemen aesthetic that I believe will be the ultimate future of the hobby. And for good reason. These shows – in addition to being lively, unique and a little more raucous than what we’re accustomed to, attract a far younger crowd. You’ll see parents will full tattoo sleeves pushing baby carriages and young kids running around wearing their jeans cuffed at the ankle. 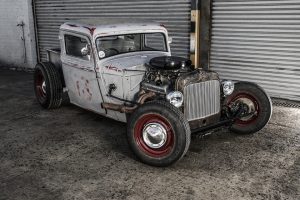 Just like the original hot rodders and customizers, these folks are here to stay. As classic cars become more expensive to own and fix, hot rods are replacing original models and young enthusiasts are replacing first-time owners. Traditional, conservative events like Pebble Beach and the Greenwich Concours d’Elegance have opened their doors to highlight the pinnacle of custom culture and automotive museums are delving into the history and artistry of racing rods.

Over this season and the next years to come, I suspect these cars and shows specifically for them will become far more prevalent, which I’m quite excited for. 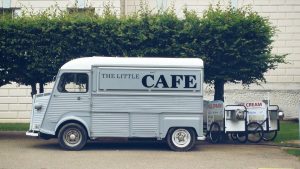 The cruise night has long been a staple of the classic car hobby, but the Cars and Coffee events in their modern form are fairly new. From what I’ve seen over the last few years, this type of event is still figuring out what it wants to be, but I do think it will figure that out.

Cars and Coffees have several benefits that work in their favor as automotive events with sticking power. They take place early in the day, allowing for parents to attend birthday parties or baseball games without sacrificing their weekend hobby fun. They are often open to modern cars, creating a culture of acceptance for all enthusiasts from the die-hards to the rookies. And they are often set in the heart of town, at high school parking lots or next to Dunkin’ Donuts, attracting a crowd who might otherwise never have known about events taking place in their hometown. Cars and Coffee events are casual, open and simply fun, which is why I believe we’ll see more of them this year and for years to come.

If you’ve read anything I’ve written in the past, you’ll know my feelings on the alternative energy movement. (Abridged version: We need it to survive.) But as the modern car producers move away from the novelty of alternative energy and start producing truly remarkable cars, we’re going to see a greater acceptance of green technology in the industry. Already, room is made for Teslas and i8s, even the bulldog-nosed i3s, at shows and events and I think that interest in the technology and creativity that bring those cars to life is only going to grow with time.

Now is the era where we begin to pick future classics, and you can bet your bottom dollar that some of them will be green. In fact, most of them probably will. Stop by your next automotive event and see for yourself.

Rejection of the Modern Muscle Cars

The modern muscle movement’s renaissance has been remarkable to witness. There have been bumps along the road, but the evolution of classic design and engineering into something reminiscent of but not directly copied from the originals is an incredible testament to the industry. Modern muscle cars are born classics, ready to defy physics and absolutely cool as hell to look at and drive in. 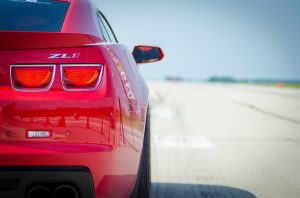 But there is – and has always been – some contention between the old and the new. As amazing as the classics are, the modern cars are capable of being daily drivers, of holding enough stuff for a family, of working reliably and always when you need them to. And because they’ve gotten so cool and popular over the years, car enthusiasts are getting a little sick of seeing them at shows. One of our local cruises originally relegated modern muscle to a different lot, before doing away with it entirely. Modern muscle has an uphill drive to win the die-hards when the stakes are open spots in the car show lot.

But not to worry.

Because There’s a New Acceptance of Modern Muscle Cars

Bear with me. I know I just said that modern muscle is fighting an uphill battle and that’s true. But I think this year will actually bring with it an interesting shift. The die-hards will cling to tradition as they always do, but you’ll start to see more room made for the power and performance of America today, where you wouldn’t have years in the past.

Like the hot rodders, many show promoters and enthusiasts have been reading the writing on the wall, and it says that now is the time to accept modern classic cars and to give them the respect they deserve for being powerful, beautiful and unique. There will always be those who want the separate back lot or to close the doors to modern cars completely, but their voices will quiet down after a while. After all, in order to move forward – with a hobby, a passion, an interest, you must look at the future happening around you right now. And muscle cars are a part of that future that is very much here to stay.

Are any of these predictions truly scandalizing? Nope. If they were then chances are they wouldn’t be accurate predictions. But there are themes in the shifting tide of the classic car hobby that I don’t think we can ignore and you’ll start to see signs of the new wave sooner than you think. But hey, don’t take my word for it – check out your next car show or racing event and see for yourself.