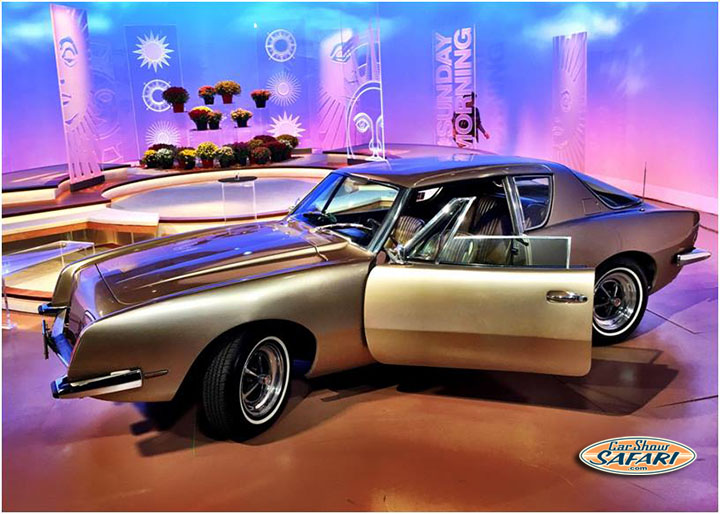 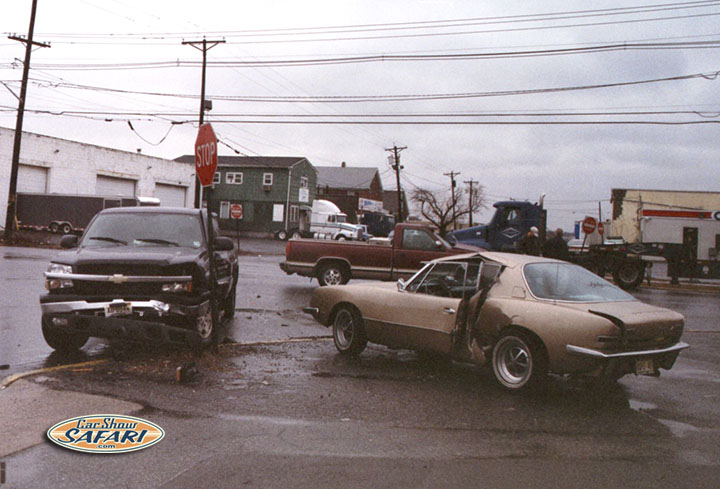 Purchased my 1967 Avanti II in 2004 from a south NJ car dealer specializing in vintage vehicles. (RQA-0206, American made in South Bend, IN). However, in 2006, tragedy struck when stopped at a corner I was struck by two trucks; one of which ran his stop sign and plowed into the second driving both into my plastic dream machine, with me in the drivers seat. Four years later RQA-0206 was back on the road, fully restored – despite everyone wanting it totaled and sold for scrap. The highlight of her life was on 11/5/2017 when RQA-0206 was used as an on set display for the CBS News Sunday Morning Show broadcast celebrating the birthday of its legendary designer Raymond Loewy. Over the years, I have driven RQA-0206 to many Studebaker related events around the USA. – Peter Crisitello

CONTACT US | TERMS AND CONDITIONS
© 2021 CarShowSafari.com All Rights Reserved.
The contents and images on this site may not be reproduced, distributed or otherwise used,
except with the prior written permission.