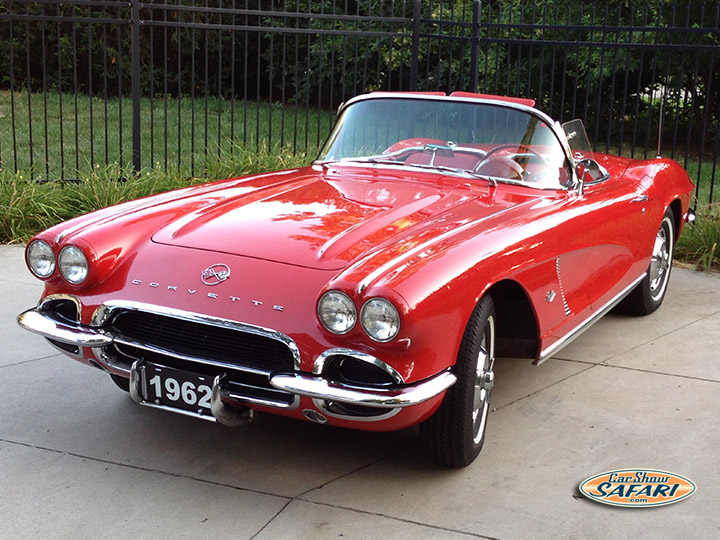 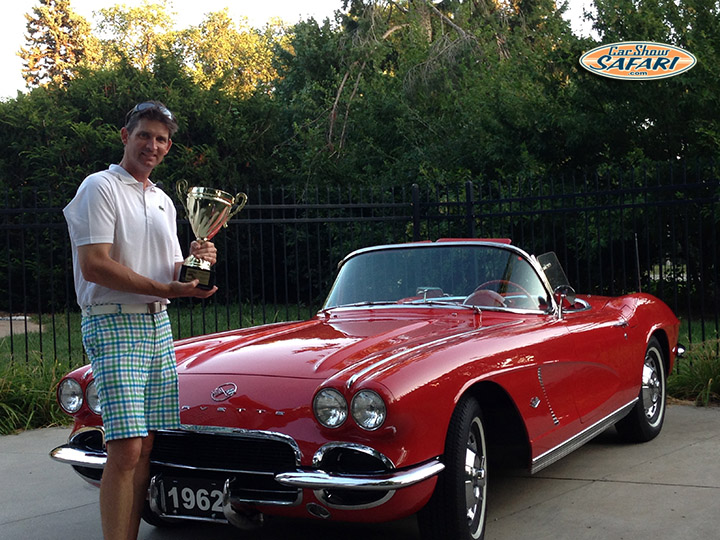 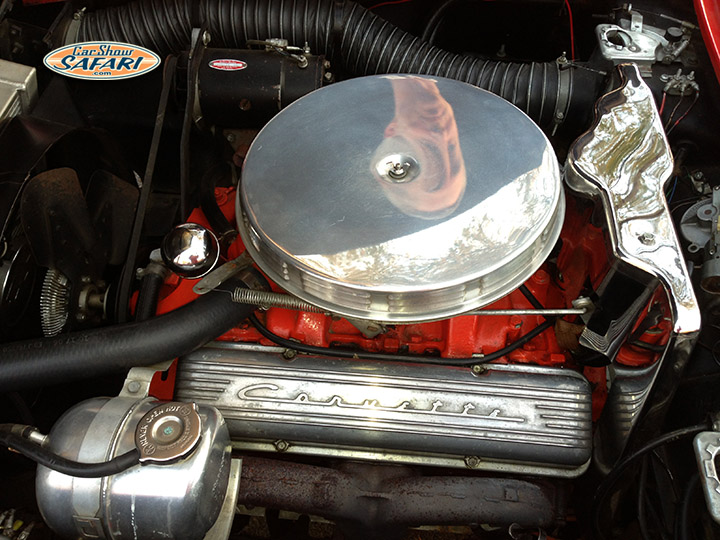 1962 Chevrolet Corvette was delivered to Miller Kidder Chevrolet in Sioux City Iowa and the dealer immediately added two extras prior to the first owner taking possession: two side winglet wind deflectors and an Autronic Eye automatic headlight dimmer (very popular in Cadillacs of the era).  The car already had a very rare combination of auxiliary hard top, power windows, and power operated folding top (RPO 473)—only 350 manufactured!
Shortly after receiving this brand new Corvette, the first owner broke his left leg. He went on to heal, but he soon realized that his weakened leg muscles were no match for the rather healthy clutch throws required for his new 4-speed manual transmission. Therefore, he traded a perfectly good, barely driven Corvette back to the same dealer for a sedan with an automatic.
The second owner was an avid photographer and drove his red Corvette all over the Midwest (even on gravel roads) taking pictures. He put 55,000 miles on the car over the next 10 years. Every Monday morning at the water cooler at Valmont Industries, a man named Bob Pecks would ask Audie when he was going to sell the red Corvette to him. One sunny day Audie’s answer to the question was “Today!”—and so they drove to Audie’s garage, the car started right up, and for $1200, Bob drove away as owner number three.
Bob Pecks was a designer of the Victory motorcycle for Polaris, and he kept the car in largely original, pristine condition for the next 41 years. The Corvette underwent a new coat of paint in its original Roman red in 1974, and has only traveled 61,000 miles in the last 48 years, including a 1994 cruise from Nebraska to the National Corvette Museum in Bowling Green Kentucky.
Keith Lawson became the fourth owner in October 2013, purchasing the car from Bob who had relocated to Lake Okoboji Iowa to enjoy his retirement. The car has been fed high-octane gasoline and a steady diet of oil changes and has attended many Lincoln-area car shows, earning a few trophies.
—————————————————————————————————————
Keith’s own Corvette saga started as a teenager who saved his corn detassling and lawn mowing wages and by his senior year of high school had saved enough to purchase a used 1977 Corvette Coupe with T-tops. He drove it for a year, and then sold it for exactly what he had paid, to head to college and eventually earn his medical doctor degree.
Twenty seven years later, he purchased the 1962 Little Red Corvette and was ready to resume his Corvette experience.