Who is the GMC Hummer EV For?

There are lots of reasons to love the Super Bowl. Maybe it’s the game, itself, or the sense of camaraderie of coming together with fans across the country and at home. Maybe it’s the food, or the half-time show, or maybe for you, it’s the commercials.

During this past Super Bowl, car enthusiasts had one hell of a commercial to contend with.

That is an excellent question.

In the interest of full disclosure, it’s a question I don’t know the answer to. Until we have significantly more information on what this reincarnated version of this famous, often infamous, vehicle will actually look like when it hits the road, I don’t think anyone can say for certain. But that’s likely the point. 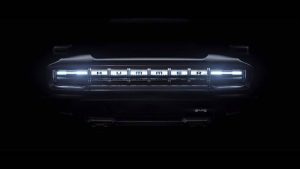 GMC has plenty of available vehicles, if they’re looking to go electric or alternative. They have trucks, sedans, and the oft-overlooked sector of crossovers and SUVs that would undoubtedly sell well as eco-friendly vehicles. But they didn’t pick any of those models to craft or redesign or quietly release into the wild. Instead, they went with a car known only as the antithesis of the clean air movement, and they made a full 180 in a very tight spot.

We know who the first Hummers were made for. They were army vehicles designed to make a statement on the road. Arnold Schwarzenegger was the first civilian to purchase a Hummer. They were often the target of early global warming conversations (because in the beginning, it was called that), and they stood out as a representation of political ideology, largely for that reason.

And now, it’s powered by the very same movement it used to mock.

If these needs seem utterly unbelievable to you, then you’re not alone. Even in the past week, the numbers have come under scrutiny, particularly that extremely impressive torque output, for misrepresenting their real life application. 0-60 in 3.6 seconds is Porsche 911 territory, and you can bet the Hummer is going to weigh a lot more than a European sports car.

The truth is, it probably doesn’t matter. The people who Hummer is trying to hold onto will be sufficiently held onto with numbers like these. The others will be intrigued by a hulking brutish machine that runs on alternative energy. Ideally. The GMC Hummer EV will, it appears, appeal to what would seem like mutually exclusive groups, all at the reasonable luxury price tag of around $70,000. It’s no BMW i8, that’s for certain.

Can a vehicle once so niche really succeed when appealing to so many? It’s difficult to know without getting any closer to the car in question. What we can say for certain is this: The Hummer EV was designed, engineered, and released to make a bold statement. In this, it has undoubtedly hit the mark.