Last week, the auto industry experienced not one, but two status-quo shaking announcements from some of the most powerful brands operating today–and they were completely different.

Ford unveiled the Ford Mustang Mach-E, an all-electric crossover that shares a name and styling inspiration with one of the most iconic and influential vehicles ever produced–a vehicle that has never been a crossover and has never been electric. 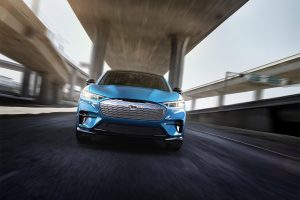 On the surface, these two vehicles don’t have much in common beyond alternative power. The Mustang draws inspiration from a beloved American classic. If the Tesla Cybertruck draws inspiration from anything, it’s a Mad Max film. There are no corners on the Mustang Mach-E and there are no curves on the Tesla Cybertruck. Ford is a company that has been around since the very beginning of the automotive industry as it stands today. Tesla, the consummate tech company, is too young to have experienced Y2K. 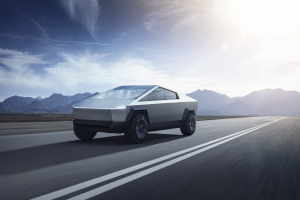 And yet, though they generally look and feel worlds apart, there is something innately connected between these two disparate vehicles. They are both progress in action.

How do we engineer the future?

To look back at inventions that shouldn’t have worked, the weird and the wild and the wonderful, is to say, we really don’t know. One hundred years ago, who could have conceived on a globally connected network that allowed for trade, communication, and the broader sharing of ideas? Five hundred years ago, who dared to dream that we might one day send men to the moon and women out on pioneering space walks? Walt Disney was doubted, tested, and questioned when he tried to open an amusement park. Superhero films would never sell. What is young adult fiction, anyway?

Sometimes, progress is obvious. When we end a war on foreign beaches, when we elect the first Black President of the United States of America, when a movie wins an Oscar, or a law is passed. But in other ways, in ways of things in the automotive world, certainly, progress–successful progress–is not so obvious and not so easy to contrive.

Both Ford and Tesla sets their sights on that elusive idea of progress and they did so in vastly different ways, though each was met with both supporters and critics. Because progress cannot happen in isolation and when we change the way things have always been into the way they can be, there are bound to be those who do not change with it.

When we look at the Ford vehicle, the controversy seems to lie in the name–which was no doubt intentional. Folks want crossovers and they want electric vehicles and there is a dearth in the market of options. To make an accessibly priced alternative energy crossover is to make a product that will succeed–quietly. Slowly. Ford already has a very wide range of crossover and SUV models that were bound to compete with it as well as several pre-existing hybrid vehicles, so they did something bold, something designed to shock. They called it a Mustang. 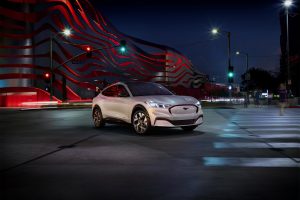 It certainly bears resemblance to the Mustang, and in the opinion of this author, is a strikingly beautiful, highly-capable version of the modern adaptation. Even if the name rubs the wrong way, there is no denying that the vehicle is lovely to look at. It also happens that it has certain features never before seen in a Ford Mustang, like the whole being a crossover thing and the whole being electric thing.

In its myriad venn diagrams, the Mustang Mach-E is the first electric Mustang. It is the first Mustang SUV. It takes seemingly incompatible parts and fits them together in a vehicle that is sure to be considered one of the most influential, exciting and, yes, progressive modern cars produced.

But not necessarily more or less than the Tesla Cybertruck. The Tesla Cybertruck made quite an entrance all its own last week, when Musk decided to showcase its armor glass technology and shattered not one but two of the truck’s windows. And even if the big boss hadn’t been reduced to swearing like a sailor on leave during a live unveiling, the vehicle was resounding in its departure from what we have come to expect from the Tesla brand. At first glance, it appears unfinished, like the rendering was done on a Nokia flip phone, rather than on the most advanced design programs available today. 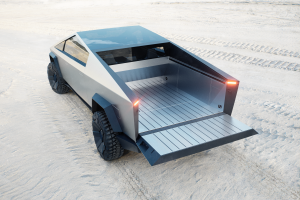 Tesla’s image for the last decade and a half has been the seamless blending of performance, luxury, and alternative energy. A red convertible sports coupe was progressive, even though we had seen it a thousand times before, because it didn’t run the way every version always had. And now, with this armoured electric pickup truck, the Tesla brand is busting their own status quo by creating a vehicle that shares little more resemblance with that red coupe than having four tires and alternative power.

Both of these vehicles are bold in their own ways. One embraces and evolves from its history, the other crafts something entirely new. They are divisive in their designs, in their alternative energy technology, and in the corners of the market they have claimed. They are two very different answers to the age old question: what comes next?

There is no way to know what kind of paths these new vehicles will ultimately forge, and what is to come in their wake. After all, the Dymaxion was a remarkable vehicle well ahead of its time. So was the Tucker. And yet, it is difficult to believe that they will have no effect at all, either. An electric pickup truck designed to weather the deserts of a culture left to dystopian ruin. An electric SUV borne from purebred American muscle that would have Henry Ford rolling in his grave. These vehicles are dynamic. They are innovative. They are the future, whether by accident or by grand design.

There is more than one way to be a pioneer and to create something from which other important somethings ultimately evolve. Tesla has shown us one. Ford has shown us another. In the battle for first to the future, the question always remains–what, or who–will come next?