On June 1, 1934, the Japanese based automobile manufacturer Jidosha-Seizo Kabushiki-Kaisha changed its name to Nissan Motor Company. It had been founded the previous December and would produce the company’s first Datsun the following year, before exporting cars to Australia. In 1936, Nissan put the “Datsun NL-75” in the “All Japan Automobile Competition”, Japan’s first motorsport event in history.

But the tides would soon change in Nissan’s favor and, indeed, the favor of all inexpensive and small foreign car manufacturers. While the American automakers were deep in throes of creating bigger and better, adding more chrome and bigger fins and gas-guzzling V8 engines, the world around them was changing. 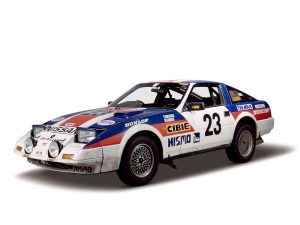 Nissan was none-too-quietly working on some of their would-be classic models, including the Nissan Bluebird and Nissan Sunny, which helped to cement the brand as a serious player in the Japanese markets, when the energy crisis and subsequent panic hit the United States. There were few American vehicles that one could drive with gas rationing and as tensions escalated, no one knew how long the restrictions were going to last.

It was the perfect environment for the small and efficient automobile producer to thrive. In 1973, at the height of the crisis, the Nissan Sunny beat out all other vehicles on the U.S. Environmental Protection Agency’s tests of fuel economy, and Nissan’s history of producing alternative energy cars, such as the electric vehicles of the 1940s, only helped to support a growing legacy in the American market.

By this point, Nissan Motor Company had already created one of its most iconic models, the Datsun Z, or Nissan Fairlady, with the goal of making the sports car available to everyone, unlike any sports car had ever been before. Nissan vehicles becoming ubiquitous on American streets and by the time the gas crisis had come to an end, it was clear Nissan was here to stay. 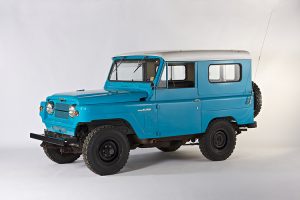 While the road hasn’t always been easy and, indeed, it was an alliance with the French automaker Renault that kept Nissan from closing in the 1990s, it has been an interesting one. For a company once on the wrong side of the war to being on the right side of history, Nissan has expertly played with innovation, engineering, and the never simple task of sitting back and listening to what their consumers actually want. The name didn’t merely survive at a time when so many others were put on ice. It thrived.

With statement and history-making vehicles like the Nissan Leaf, an electric car with more 225 miles of range, to the Nissan Maxima, a sleek, mid-sized sedan with 300 horsepower, it is clear they have no plans of slowing down. And why should they? Being first, being fast, and being unique has worked for Nissan Motor Company for nearly one hundred years. It’s only a matter of what they’re going to do next.