Mess With the Bull

This Week in Motorhead History: Ferruccio Lamborghini is Born

If you’re anything like me, you may find it challenging to reconcile the Lamborghini name with youth within the confines of the automotive industry. It seems, in a sense, that Lamborghini has been around since the dawn of the chariot, like the Bugatti or the Alfa Romeo, somehow both a relic of an earlier, simpler time and a strong competitor in today’s power and performance world. 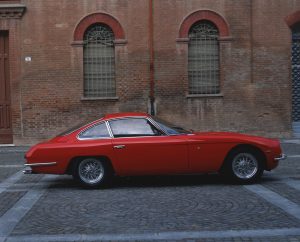 But, of course, Lamborghini is a youngin’ company, when you consider that Chevrolet found a home with GM in 1918, 100 years ago to the week, or that the classic Model T had officially gone out of production in 1927, nearly 40 years before Lamborghini hit the road, and drove straight into hearts and minds the world over.

On April 28, 1916, Ferruccio Lamborghini, the madman behind what would become one of history’s most iconic brands ever, was born.

Of course, in 1916 neither Ferruccio nor yet the world, would have any idea how influential the Lamborghini would become. He was a born salesman and became a quick success after World War II when he used reconfigured military equipment to make much-needed tractors near Bologna, Italy. His success would lead him to develop air-conditioning units, heating systems, and other efficient products that made Ferruccio a rich man, indeed.

Rich enough that he was able to afford several of the highest-end sports cars produced at the time, including, naturally, a Ferrari.

A Ferrari that didn’t run nearly as well as Lamborghini wanted it to.

But when he brought the mechanical changes and suggestions to the team at Ferrari, Enzo was less than impressed. Who was this simple tractor producer, he asked, to tell him, the greatest car manufacturer in the world, how to make his cars better?

This would begin a long rivalry between the two Italian luxury car producers. 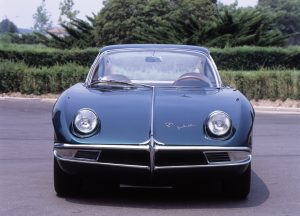 Lamborghini walked away frustrated and motivated. He officially founded Automobili Ferruccio Lamborghini in May of 1963 and not half a year later, in October, he unveiled the Lamborghini 350 GTV. He would sell his first 13 cars by the end of the following year.

Of course, the history of Lamborghini is not without its failures. The car hit the right note for the mid-1960s, but the oil crisis and global financial downturn of the 1970s was a hard hit to the new company. Lamborghini was bounced around internationally, from Chrysler to Volkswagen and beyond, along the way evolving from a style to mimic the Italian sports cars of the time, to a sleek, angular, futuristic design all its own. 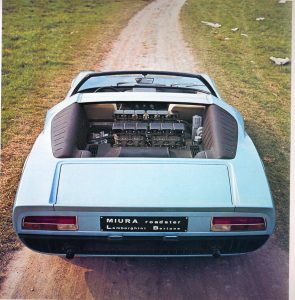 In the year since Lamborghini has ridden a rollercoaster of highs and lows, with successful models on the road and the track. It has long since graced the walls of teenager car enthusiasts across the world, and still stands as a symbol of wealth, design and barely contained power, in demanding colors that few other cars can confidently wear. The latest economic upheavals have not behind kind to Lamborghini sales, but it has weathered such deficits before, only to come out victorious on the other side.

Lamborghini seems like a staple of the classic car industry, but the truth is this status symbol icon of internationality and decadence, was borne from nothing more than a rivalry between the king of the automotive world and an upstart young mechanic with a passion for cars and the impossible. The car, much like the industry, has undergone evolutions the likes of which Ferruccio could never have expected. He passed away in 1993 at the age of 76, but there is little doubt that the revolutionary, forward-thinking, slightly wild Ferruccio Lamborghini would be incredibly pleased with the Lamborghinis on the road today.