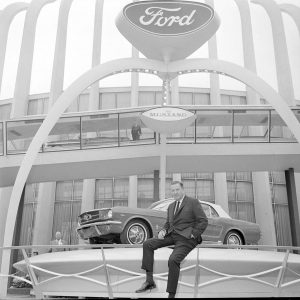 On April 17, 1964, Ford unveiled a car that would fundamentally shift the auto industry into the new age, and with it, change buying practices, target new demographics and ultimately shake the foundation upon which capitalism was built. At the 1964 World’s Fair, in New York, the Ford Mustang set into motion the next six decades of success, innovation, and passion. Let’s take a tour through the top nine reasons the Ford Mustang is still going strong.

The Ford Mustang was no accident. Lee Iacocca was hell-bent, determined and completely prepared to bring the car to market, though even he could not have anticipated its success. With the ubiquity of cars growing, the rise of women in the workforce and the underutilized youth market, there was prime real estate to produce a unique and exciting car for the masses. The Mustang is largely touted as the first production car to appeal to young drivers, spurring a new target demographic going strong today.

The 1940s and 1950s were eras of big chrome, huge fins, and bulbous, swooping styles. Most cars were designed for the upper-middle-class working man, leaving much of the population in the dust. But with the demographic shift came a shift in styling, speed, and, naturally, affordability. Ford wanted to reach young people in order to turn them into lifelong enthusiasts, which started with the Mustang. If they caught the bug in their youth, they were Ford loyalists for life, a direct contrast to previous thinking of making cars aspirational. This affordability led to a rise in single women buying cars and families purchasing a second vehicle.

It Changed With the Times 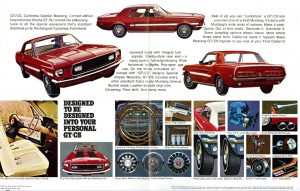 When the Ford Mustang celebrated its 50th anniversary in 2014, it did so with the very first independent rear suspension of its long life and the very first right-hand-drive makeover for its European debut. While the American car industry – and the global industry at large – has undergone many ups and downs since 1964, the Ford Mustang has shifted with the times, for better or for worse. Where many muscle cars failed before the final lap, the Mustang has always remained above the fold. Though far from impermeable, it has weathered many challenges in design, government regulation, and safety, and ultimately come out the victor.

Truly, to witness the rise of the Ford Mustang must have been a remarkable thing. At a time when fins and bulging rooflines reigned supreme, the Mustang came out sleek and sporty, smooth, beautiful, and fundamentally different than anything else the world has to offer. While there have been trials and tribulations in the years since the Mustang first sparkled on showroom floors, they are no more egregious than any of the looks of the 1980s or 1990s, and the new renaissance of muscle mania has added bulk and beauty to the familiar design without ever compromising its foundation.

The Camaro, the Firebird, and the Charger, Oh My!

While theories lend themselves to conspiracy and argument, the Ford Mustang was ultimately the first of its kind, leading to a movement of American muscle cars that would put Ford, GM, and Chrysler onto the global automotive map like it had never done before. There is no denying the importance of muscle mania to automotive history and though it may have ultimately developed on its own, the Ford Mustang bridged the gap between what the world had in the mid-1960s and what it so desperately needed.

Pre-Market Products and the Rise of the Aftermarket

Though hot rods were and continue to be a ubiquitous statement in the car world, the options for customizing a production car remained limited. Owing to their new target demographic and push toward the modern age, Ford said to hell with it, and gave the consumer every option on Lee Iacocca’s green earth, from styling to speed and back again. It gave Mustang owners a sense of individuality that ultimately bonded them closer and created a loyalty for the car you designed yourself. With the pre-market, came the post-market and the aftermarket industry rose up from the opportunity to design, style, and customize your car in a way that had not been possible, nor accepted, before.

Changing the Face of the American Market 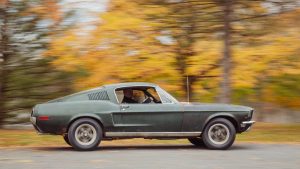 Though the Corvette was laying roots for American sports car borne from the passions of GIs returning home and Zora Arkus Duntov’s mad and wonderful mind, American cars were still ultimately known abroad as lumbering, bulbous and luxurious, unlike their foreign counterparts. The Ford Mustang stopped that mindset in its lap. German, British, Italian, and French cars were no longer the sole source for sporty, small or fun, and the American market began to establish its own as more than just the Cadillacs and Lincolns of the working man.

Holding its Own on Foreign Circuits

Carroll Shelby, enough said. And though the Shelby brand could easily stand on its own, the Ford Mustang was even more than that. Success abroad and at home solidified the American strength and momentum on foreign markets and brought new American consumers out in droves. The Little American Muscle Car That Could beat home turfers at the automotive Tour de France race and came home to compete in SCCA, the National Hot Rod Association, NHRA, and Trans Am racing, all the while stoking the flames of youth culture, wildness, and patriotism.

An Icon of Freedom and Patriotism 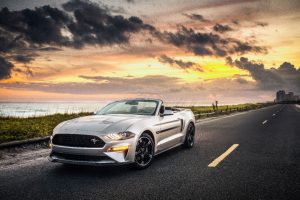 Because, at the end of the day, the Ford Mustang represents an America for everyone. Its name was bequeathed from World War II fighter jets, its style targeted at the youth, its icon evoking dreams of the open western plains and its success a testament to capitalism and the demand and supply marketplace. Through trial and tribulation, this little car that was nearly never made, became a staple of the time, a symbol of the changing face of America and the dreams of her people.

At the end of the day, promising to fulfill that dream, promising to keep those open plains starry and full of wild mustangs, opening our hearts and minds to the new and different and embracing the changing of time as much as the tradition of it, that is what the Ford Mustang is really all about. That is the reason we have loved it for so long. That is the reason it will last another six decades and then some.

Happy birthday, Mustang. And thank you.

Images selected from the Ford Media Room and Archives