It’s worth noting that I’ve been trying to share car show hosting information with increasing chronological value, as we get deeper into the car show season. This article doesn’t quite fit the mold and, in fact, is likely better suited to next year’s show season. The reason it usurped some of our more pressing topics is because an interested showrunner wrote in and asked out advice and that’s so incredibly flattering–me? Knowledgable? Do go on!–that it eclipsed all other article ideas.

All that is to say–when’s the best time of year to put on a car show?

It seems to pretty obvious and, in the big brush stroke way of things, it can be. Don’t put on a car show in Montana in January or Florida in July. Check, moving on.

But if you want to find the really perfect time to put your automotive event on, there are a few things you’ll want to consider in more depth. Based on my experiences at car shows around the country and at all times of the years, here are some things to keep in mind when looking at next year’s show calendar.

Yes, start with the show season for your state. Maybe that’s early September or late April. Maybe it’s the height of mid-summer. You know your state’s weather and you know what time of year outdoor activities are common. 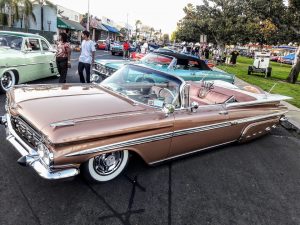 But that’s just a start. Because knowing the local weather isn’t the only outdoor factor you’ll want to take into account. For one, be very careful of those border months. I once worked an outdoor event in Boston that we had to cancel because of a blizzard. On Halloween weekend. On the east coast, April and October can still bring down a significant amount of snow, so consider if you’re willing to take the chance.

You’ll also want to take the rainy season into account. It’s better to plan deeper into the car show calendar than risk having your show rained out after you put in all the hard work. Heat can be a barrier too, but if you’re in a good location with breeze or shade, maybe it’s not as big of a problem.

Now, sit back and ask yourself a very important question. What about the bugs? Weigh the cooler weather against the likelihood of horseflies and see who comes out alive.

Our family’s all-time favorite car event for years was a three and a half day show that took place over Labor Day weekend. Growing up, it meant a final hurrah before school started and we could end the season on a bang.

And then I went to college.

In Boston, most leases run from September to September, because a large part of the renting population is students. This means that you can’t move in early and you can’t move out early–and you don’t get to go to that car show you really love because you’re a good dad and don’t complain too much about hauling a captain’s bed up four flights of stairs. (Happy Father’s Day, old man.) 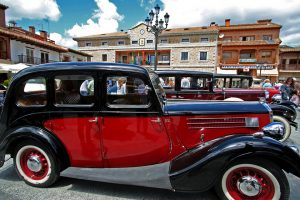 The thing is, only a handful of showgoers at that event were really affected by it being that weekend. For most of the attendees, the school calendar was long-forgotten, relevant maybe to grandchildren, but not much beyond that. The demographic was older and the timetable worked for them.

But if you’re planning a show around younger audiences or if you’re looking to bring families, think about the calendar a little more closely. Does the event fall over the weekend of the prom? What about graduation? Are you trying to host a cars and coffee event that affects student-athletes or a cruise night that keeps kids out too late? Considering the demographics of your attendees can put you closer to finding that perfect day.

And you’ll want to make sure you’re the only one who has found that perfect day. While some events will go out of their way to compete with pre-existing shows, it usually doesn’t end well, or nearly so well as it would have. Attendees are far more likely to go to a car show they know they love than something new, so don’t give them the choice. Take a look at the shows that have been produced in your area in years past and try to find out their dates for the season before putting yours into stone.

Just Look at the Calendar

You’ll also want to consider holidays in general. When scanning our events last month, I was unsurprised to find a dearth of car shows planned for Mother’s Day and equally unsurprised to find an excess of them for Father’s Day. (And I will not go into my feelings about that.) The point is, some holidays are for car shows–July Fourth, Memorial Day weekend, Labor Day weekend, and some holidays are not–Christmas, Yom Kippur, Valentine’s Day.

You’ll want to make sure your event isn’t colliding with an inappropriate holiday or a major event going on in the world. If a championship game is going to call attendees away from your show, shift it over a day or two.

As I wrote about previously, vendors can make a huge difference when it comes to throwing a really great event–and they can be seasonal too. If you’re interested in having several ice cream trucks, you’ll want that warm weather. Does your bouncy castle come with a slip ‘n slide? Go for the hot days. Spiced cider and hot donuts, October might be your better bet.

Vendors can help add a theme and aesthetic to the car show, so think about who you’re planning to bring in and how it might affect the day you pick. Remember, too, they may fill up faster during certain seasons, so book early on if it’s busy.

I absolutely love lawn car shows. They’re way easier on the feet and they don’t add an extra level of sizzling heat to the show. Plus, the aesthetic is usually nicer. 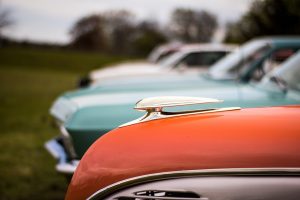 Because if you know you’re going to be hosting an event out in a field, don’t host it in the rainy season. If you know you’re edging in on chilly temperatures, avoid a location close to the water where the winds will make it feel cooler than it is. Venues can add shade, they can add heat, they can provide seasonal relief or they can cause a whole mess of muddy boots–which no one wants in their classic. Consider how the season’s weather will affect the area you’ve picked out and plan accordingly.

A lot of this is speculation. After all, I’ve worn a sweatshirt, shorts, and a tank top today, because Nashville both hit 85 degrees and flood warnings after a serious monsoon. Obviously, the weather doesn’t like to be predicted. Still, there are elements we can consider as we move forward in finding the perfect date for the perfect show. You never know, a quick glance at the calendar might make all the difference.