Now is a great time to be an automotive enthusiast.

When I first expressed professional interest in the industry, my car-guy dad immediately responded with, “well, at least it’s not the 1980s,” and he’s absolutely right. Between the renaissance of powerful muscle cars and big American luxury yachts and the turn of the century, the automotive industry suffered anemic engines, over-reaching regulation, dull design and an abundance of black plastic trim. While there are certainly survivors of those lost eras of automobile, a far greater number of models did not make it out with any sort of patina or vintage-cool vibe about them than those that did.

In fact, it is that very nature of the 1990s automobile scene that first attracted me to the classics. Cars from my formative years came in a rainbow of beige and silver, and no newcomers or historic heroes graced the pages of Motor Trend, and certainly not yet the internet. I’m sure I’m not the only one to look backward in time to greener pastures for a love of the automobile, so it could be said that some good did come from it. 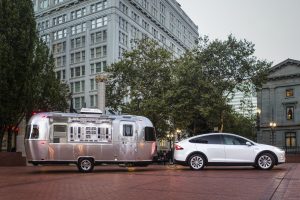 And, of course, the uninspired cars of the 1980s and 1990s led to the automotive scene we have today, with supercars, independent automakers and alternative energy that is not only remarkable for its place in history but simply remarkable. We are in a new renaissance of the automotive industry, and this one is louder, faster and more lasting than any that have come before.

Because as these cars – Teslas and BMW supercars and out-of-control American muscle cars evolve into their best selves yet, the betterment is not limited to speed, power, and design. It is also deeply rooted in production value.

To put it simply, cars are lasting longer.

The other side of that coin is, you can’t really work on a modern car. Just as you can’t make a call, deposit a check or watch a television program without technology more advanced and intelligent than that which first brought Americans to the moon, you cannot drive a car without a computer. And computers are expensive. Where our grandparents were in the bellies of the beasts, on the Salt Flats at Bonneville, in local garages, barns, fields, where they wiped oil off their brows and wrapped cut fingers in dirty bandanas, we are moving toward an automotive culture that has been sterilized, sanitized – for lack of a better phrase, futurized.

So what does that mean for the future classic car enthusiast?

Though it’s challenging to imagine a modern-day Hellcat or WRX wasting away in a barn, it is equally as challenging to imagine the future of the car industry without a classic car hobby at its core. There are a great many factors that play into the question of the future of the industry – the changing of the guard, the economy, the demands of the public, but the question I want to answer now is this – what does the classic car hobby do when they cannot work on classic cars?

Of course, there is no answer. The level of technology placed into our cars today is unprecedented. Forget autonomous driving and simply look at hybrid technology, at brake and parking assist. The simplest tasks have been relegated to a series of 0s and 1s, something even the most talented mechanic or wrencher cannot best with their own two hands. John Henry raged against the machine long before us and men and women will continue to value the old way long into the future.

And this isn’t about valuing tradition over evolution. As a communicator in every facet of my job and my artistic passion, I both understand and appreciate this new wave of technology. It’s not about decrying change. 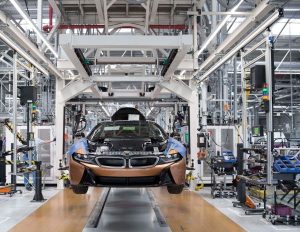 But it is about just what change means for a beloved hobby. After all, most people my age aren’t buying new cars. A great many of them aren’t buying cars at all, and the ones that are buy used cars, cars they can fix and clean up themselves, cars that will become harder to find and harder to fix as the years progress. A generation from now, if I have kids, what kind of used, cheap cars will be available to them? What will their perception of the classic car world really be?

Of course, there’s no way to know. But I don’t think that’s a bad thing. The automotive industry is young. From tip to tip, it barely spans 150 years. The human race is a blip on the timeline of forever, so the life of the automobile is more short-lived than the blink of an eye.

It is a short history, but a powerful one. In just a few decades, people have changed and adapted cars to fit the future, to fit the times, to fit their needs. Cars have gotten faster, easier to produce, more personalized, more accessible. Cars have gotten cooler, cheaper, easier to work on, safer. Cars have never, ever stood still, not even in the dead zones of the late 20th century. They have been constantly evolving, learning, changing and growing. And the people who loved them have learned how to evolve, change and grow right at their side.

So no, we have no clue what the future of the classic car industry looks like, though it will certainly look very different than the one we have now. In the next 150 years, double the life of the car world, we could experience a hundred, a thousand new trends and changes. Cars may be completely unrecognizable in the future. Only imagine what Henry Ford might have said about a Tesla getting sent into space.

But what we do know for certain, what has been proven to us time and again, is that car enthusiasts, collectors, racers, and supporters, are a strong lot. They’ll weather changes, accept advances and do whatever it takes to keep the car they love running and the hobby they love alive. Even if that means learning how to do a tune-up on a computer.