Bonnie and Clyde, Thelma and Louise, Daimler and Maybach

This Month in Motorhead History

Daimler was an integral force in the development of the internal combustion engine and worked to bring the idea of the automobile into the modern age and collective consciousness. It was largely due to his work, alongside business partner Wilhelm Maybach, that we even so much as have an automobile industry today. 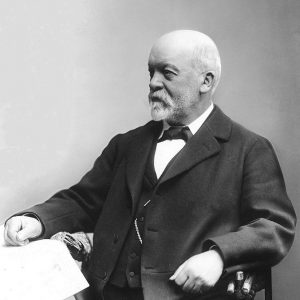 The two men were lifelong business partners and inventors, determined to create small, high-speed engines that could be throttled, allowing it to be used in modern common forms of transit, like the emerging automobile. They would fit a version of this engine to what would be considered the very first internal-combustion motorcycle in 1885, and then onto a coach and onto a boat. His first truly effective engine was spun at 600 RPM, more than triple that of Daimler’s early colleague and eventual industry rival, Nikolaus August Otto and his partner Eugen Langen.

In 1890, Daimler and Maybach developed Daimler Motors Corporation or DMG for its German title and sold their first automobile in 1892. They would both resign in 1893 and then be reinstated into the company the following year together. Higher-ups at the DMG were intent on developing commercial stationary engine, while Daimler wanted to focus on making things move. He siphoned off funds and gave them to the ousted Maybach to continue these projects.

After the two men were gone from DMG, the company was in dire straits, struggling to stay afloat. English inventor Fredrick Richard Simms wanted to invest in the Maybach engine, but only if the two men returned to DMG. This return turned the company viable again. The engine would play a prominent role in what is considered history’s first automobile race, with all fifteen finishing vehicles of more than one hundred entered, hosting a Maybach Daimler engine. 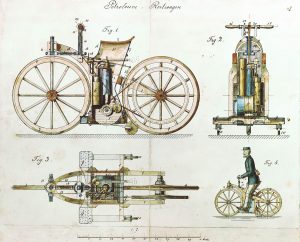 Daimler died in 1900 and Maybach left the DMC in 1907, after which he would go on to produce engines for Zeppelins and then, following the war, large, luxury vehicles under the marque of Maybach.

For more than one hundred and twenty-five years, the names Daimler and Maybach had been intertwined, connected in both their initial and foundational influence on the early automotive industry and their roles in setting a standard for true luxury and performance vehicles on the market both in the past and modern day. With their ever-fluctuating relationship with the Benz brand, Daimler and Maybach have led parallel and evolving histories.

Benz and Daimler formed a partnership in 1926 that has undergone several name changes since. Maybach came under the company’s control in the 1960s and the Maybach luxury brand was revived in the early 2000s, with new, high-luxury, high-performance vehicles now coming out under the Mercedes-Maybach brand.

Because, as history would have it, these two men and their engineering accomplishments, have a way of coming back to each other. In the 1800s, they started a relationship that wouldn’t just withstand the test of time, but would fundamentally shape the way the automotive industry and the future of their legacies, would look. They made it possible to move faster, use more independent energy sources and utilize accessible fueling options, for easier access to the automobile. While we can never know how the trajectory of history might have looked without their influence, it is not overstating to say that there is a damn good reason their names have lasted so long and become associated with so much.

This week, in 1834, Gottlieb Daimler was born. And nearly 200 years later, his legacy and the legacy of the man with who he shared a brand and a vision, more than merely live on. They thrive, in the history books, on the track and out on the roads we drive.