Who the Heck is Bertha Benz? 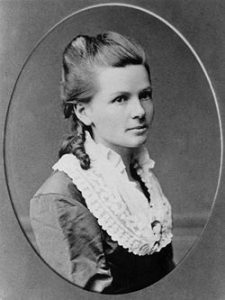 And anyone who loves cars, knows cars, or has ever sat in a car, you should care. Arguably, without Bertha Benz and her spontaneity, resourcefulness and courage, Benz & Cie., later to become Daimler-Benz, might never have succeeded as a company. Without the innovation of Bertha’s husband, Karl Benz, and the simultaneously innovative and terrifying Motorwagen he created, the automotive world would be a different place indeed, if it existed at all.

The Car World at the Time

Credited with building what is considered the first ‘car’ to move under its own power, Karl Benz was facing the challenge of selling his Benz Patent Motorwagen. Many potential customers were daunted, fearful of purchasing such a unique machine that had only ever been tested on short drives in local areas, nothing long, strenuous, or challenging. At the time, no car had ever been put through anything long, strenuous, or challenging.

And that’s where Bertha makes her move. In a story likely as much full of adventure and fantasies as true history, the rumor says that in 1888, two years after the Motorwagen was patented, Bertha and her two teenage sons, Eugen and Richard, snuck out while Karl Benz slept, and attempted the 65-mile round trip journey to visit her mother.

It was not an easy trip. For one, there were no paved roads upon which to travel or follow, and the Benz family often rode the train routes, in order to keep from getting lost. They stopped at apothecaries along the way for a multi-purpose type of fuel called Ligroin, essentially turning a small chemistry into the world’s first gas station.

Fuel lines clogged, Bertha used her hairpins to unclog them. Ignition broke, Bertha used the garter from her stocking to fix it. The trip was one of resourcefulness, creativity, and innovation. She used a blacksmith to fix broken chains and a cobbler to install what became known as the world’s first brake pads. Eugen and Richard, fifteen and thirteen, often pushed the two-geared Motorwagen up hills, as it was unable to do so under its own power.

The Power of Advertising

But, despite all signs to the contrary, Bertha Benz knew exactly what she was doing. Her trip – the very first recorded long-distance journey in an automobile – was both a way of proving to her husband that his invention was sound, and that he needed to market and publicize more, working to gain the public’s trust – after all, he was using her dowry to finance the project. And, truly, there was nothing more publicity stirring than the sight of the young Benz family, frightening everyone they drove past. The machine was so foreign that many believed the image before them, of Bertha and her sons on a self-powered machine, was nothing less than the work of the devil himself.

Evil spirits or no, she was wildly successful in her mission. With documentation from each challenge and element of their journey, Bertha was able to recommend changes or alterations necessary to improving the car’s ride, like brake pads and a third gear. She proved to Karl that publicity, including test driving, was a necessary element of building a business around his invention, creating a standard that the automobile world would follow until the present day.

You can now travel the Bertha Benz Memorial Route, from Mannheim via Heidelberg to Pforzheim, the simple trip that took the car world by storm, named for the woman who made it all possible. In 2011, The Bertha Benz Challenge, part of the larger Automobile Summer 2011 which celebrated Karl Benz, took place across the Bertha Benz Memorial Route. It worked to highlight new and exciting automotive technology, looking towards the future just like the woman for which it was named.

So, today, nearly 80 years after Bertha Benz passed away at the age of 95, think of that intrepid, fearless woman, the very first person to take a long-distance trip in a car – any car – the one whose courage, creativity and determination created an environment for the world’s first car to become successful. There are many great influences – recognized and lost to history – who have helped the automotive world in fundamental and important ways.

So, when you think of the Henry Fords and the Mario Andrettis and, yes, the Karl Benzes, think too, of Bertha Benz – who took the long, difficult drive into the new age.