A Sedan By Any Other Name

In a recent article about the Nashville Auto Show, the question of what constituted a crossover was raised more than once, given that all manner of car show companies, journalists and consumers make it their own when referring to trucks, SUVs and very large, kind of high-raised sedans. Let’s not even delve into hatchback territory. 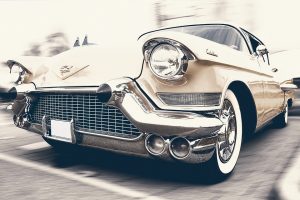 Naturally, the meaning of words changes over the years. Social media is a prime example, with words like tweet, friend, post, and tag which have other, more wide-spread meanings, long surpassed by their technological counterparts. In fact, we’ve discussed classic turns of phrase here as well, with the term I call shotgun and the unit of measurement horsepower being called into question.

But let’s take it one step further. We may not be able to define crossovers now, but that’s hardly new territory. Car types have had unique and interesting origins since well before the automobile hit the road. Let’s take a look at what a few of them are.

By today’s standards, a sedan is a North American-based word that refers to an enclosed automobile that sits at least four people and has two or four doors. Before we got to this point, however, sedans were originally in reference to chairs, as you’ll find in the Latin-based words like the Italian sedia. This literal translation gives credit to the theory that the original sedan, a single seat compartment carried by two outside footmen or servants, was invented in Naples, Italy, though many such contraptions were likely being developed globally around the same time.

Confusing Top Gear fans the world over, Europe and North America have similar but distinct standards for many types of cars, including the sedan. Up until the year 1911, sedans were referred to by their European names, saloon or limousine. The term sedan was given to the automobile by the Speedwell Motor Car Company and their Speedwell Sedan. Sedan, France has tried to claim creative rights to the term, but little evidence supports the story. 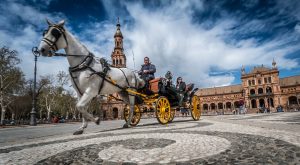 Unlike sedan, convertible was a word with a wide use well before the automobile. As a verb, it was coined somewhere in the 1200s, again derived from Latin-based languages, in this case, likely old French. Of course, to convert, be converted or be convertible are all conjugations of the idea to change, which is a pretty big factor in what makes the modern car a convertible.

As a noun, the word convertible dates back to about the 1600s. Automobiles were originally introduced with open tops, much like the carriages that inspired them, and as the transition toward affordable, closed-top automobiles progressed, so did the associated language. The first record of convertible in reference to cars is noted from 1916.

With today’s context, it is hard to imagine a roadster as anything less than a sleek, open-bodied car with two seats and a fabric roof–though even that definition is starting to morph into something a little different.

That said, the origin of the phrase isn’t quite as chic or sexy. A roadster initially referred to horses designated for long trips, either for riding or driving a carriage. They were often workhorses associated with hackneys, the precursor to today’s Uber or Lyft, and expected to cover great distances, whether in the country or the city. A roadster may also refer to the kind of light carriage that might be considered a buggy.

With the continued evolution of small, compact transportation and literal horsepower, the term roadster eventually joined the automotive lexicon in around 1908, in reference to open, two-seat automobiles. That much, at least, hasn’t changed.

The term pickup truck has far less lofty origins than its English-based, tea-drinking, carriage-riding compatriots of automotive vocabulary. According to legend, in the 1920s, Ford began offering an aftermarket option for those who wished to convert their Model T Runabout into something a little more capable. For a remarkable $25, you could literally pick up your truck bed at the dealership, the term became associated with all Ford trucks, remaining even when the factories began producing the vehicles with beds preinstalled.

There are many legends surrounding the pickup truck origin, including the simplest and most straightforward–using a truck to pick stuff up, but there’s something rustic and historical about a simple turn of phrase altering the entire history of cars.

Perhaps more than any other automotive delineation, the term coupe is distinctly derived from the carriages and class that came before it. Originally applicable to horse-drawn carriages designed for two people to face forward, the coupe name has remained loyal for over a century. The word became associated with a small passenger compartment, with and without a driver bench in the front. The coupe chauffeur–known more widely in the car world as the coupe de Ville, retained the open driver’s section, a symbol of wealth and status.

While the term coupe has been used to refer to two-door, fixed-roof cars since the 1960s, many automakers have stretched the meaning with referenced to four-door coupes and retractable hardtop coupes. Reactions have been mixed where the classic coupe name change is concerned. Well, not all that mixed. Most people just don’t agree. 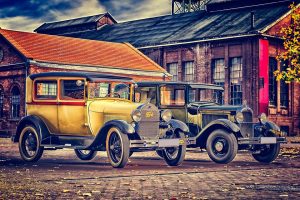 Automotive turns of phrases and titles can provide great insight into the world from which racing, design, technology, and automobilia have evolved. While much of the information where language is concerned had been lost, it is still a unique and interesting journey into history, where inventors, designers, and madmen of the time were right of the precipice of something truly incredible–and they had no idea what to call it.

It is challenging then, to not look at our current automotive environment, with autonomous vehicles, alternative energy and the ubiquity of brilliant technology, as a similar turning of the coin, a hundred years in the making, and a spot of history that future enthusiasts will one day revel in, as they craft a future built on our present. What does the near and distant car landscape look like? There is no way to know for certain. But one thing we can do right, regardless of what is to come–we can name our cars something really, really cool.